Ep #236: When and How to Take Inspired Action 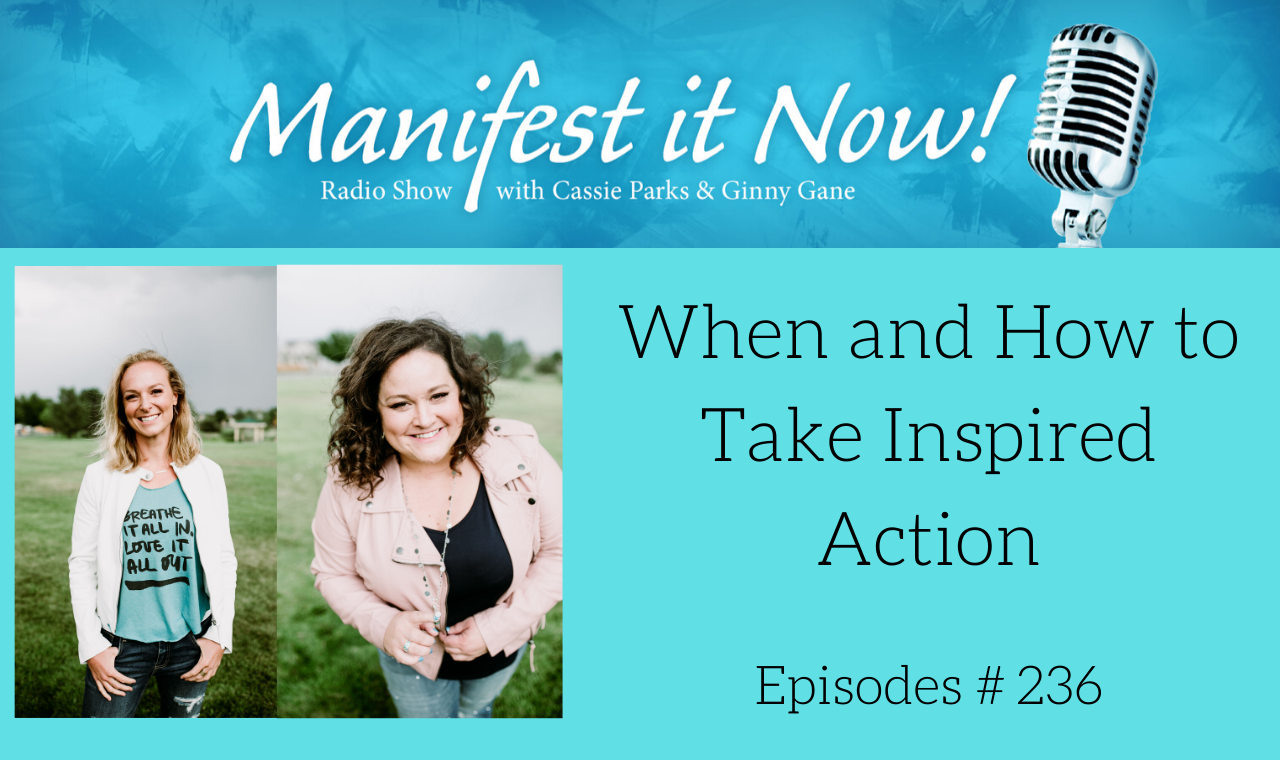 This week’s episode has Ginny and Cassie further discussing what to do when you have a million ideas in your head. When do you recognize the time has come to take inspired action? Further still, how do you take it?

Cassie begins by talking about how you know it’s the right time to act on an idea. There is no right time; the inspiration itself means it’s time for action. Cassie also reminds us it’s important to have awareness of your feelings. Are you questioning the idea or is it pulling you to action without resistance?

Ginny then talks about the timing of inspiration. It can appear at any moment, and the importance is in learning to honor the inspiration. Ideas don’t always come in order, either. The idea and the purpose can happen at separate times.

At the beginning, most people don’t know what inspired action feels like. It is important to acknowledge the feelings when they happen to strengthen the practice. Cassie goes on to explain that it may be necessary to shut down other actions to create space for the truly inspired actions you need to take. It’s about breaking your pre-existing paradigms of thought and creating new ones.

The energy of the action is important to the process and you have to work to identify changes within the flow. Is the action hard to do now? Are you pushing instead of being pulled to action? Stop! There is no harm in letting go in the present to see the potential future for an idea. Learn to trust yourself and be pulled by the vision instead of letting fear push you.

Don’t miss an episode, subscribe at itunes, Stitcher or RSS.